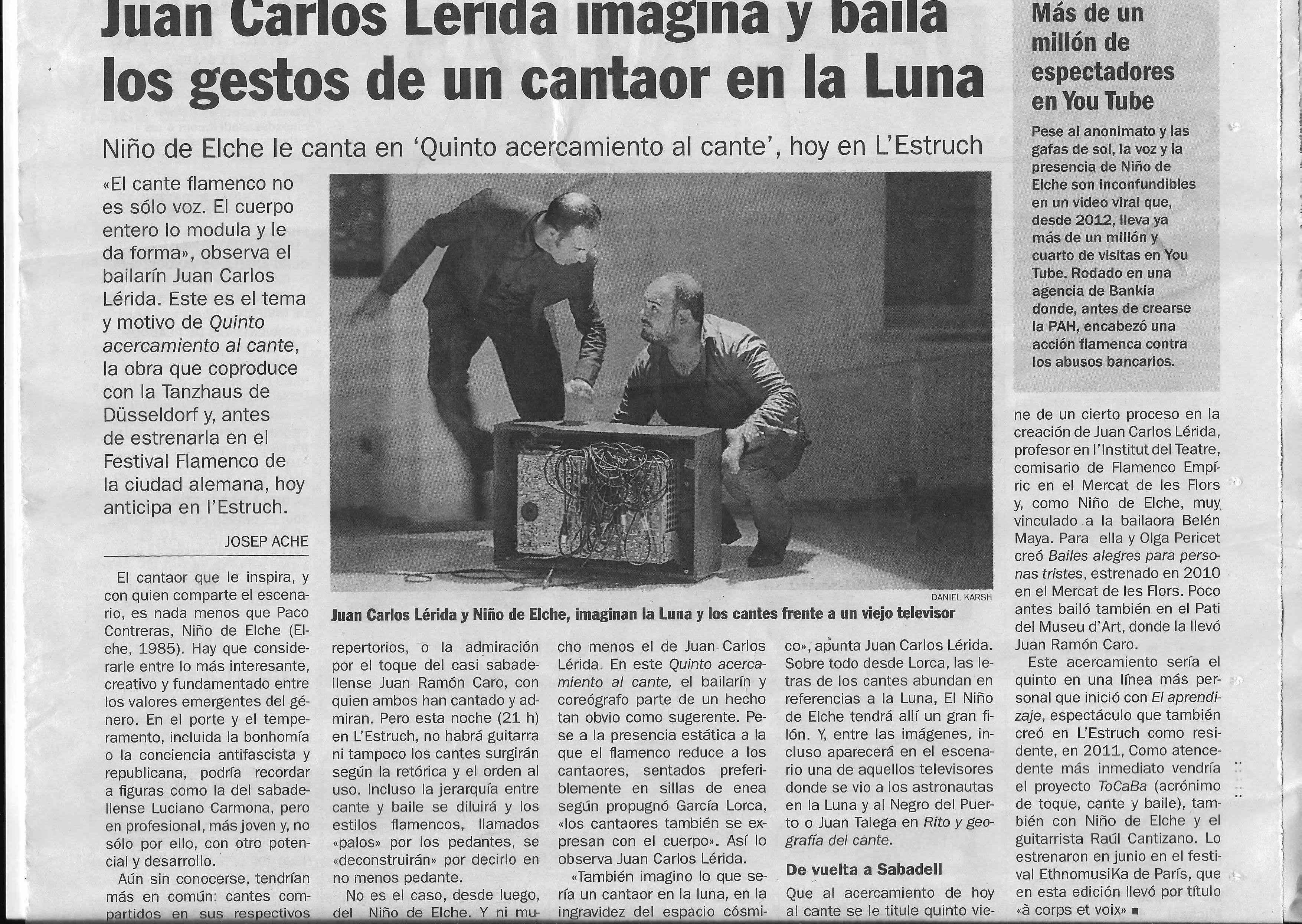 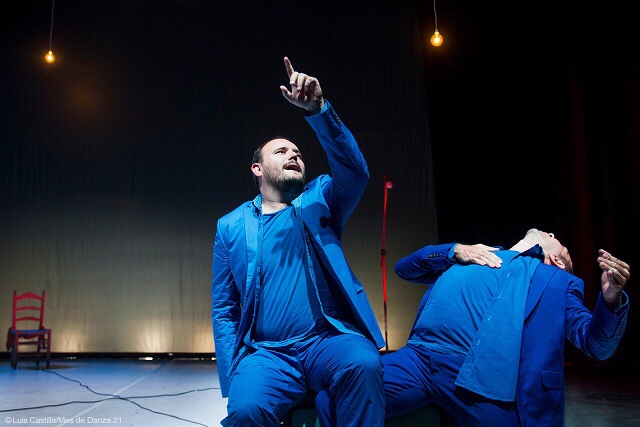 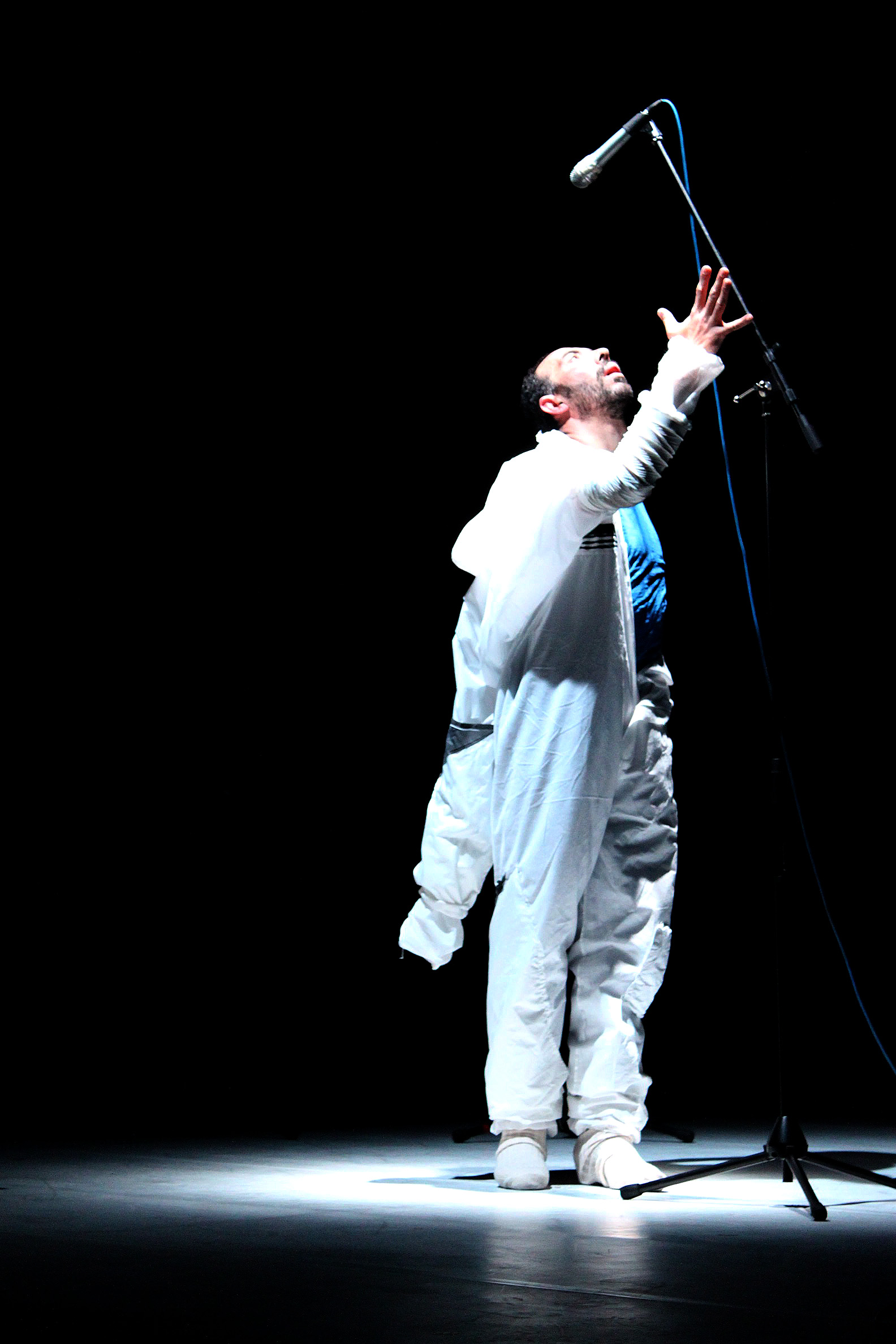 For over twenty years ago, Juan Carlos Lérida is an avan-garde artist of Flemish art scene. Transgressor,for his constant perceptive reassessment of nervousness of this genre, the artist faces today in his latest piece to a priesthood of the historical construction of Iberian art: Flamenco cante, and by extension, that which supports, makes breathing and gives «body» the figure of the «cantaor» Whit Al Cante (referring to flamenco), Juan Carlos Lerida passed to a second stage in his project to revisit the structural foundations of flamenco: triptych guitar-sing-dance.This new piece indeed happens to «Al Toque» (2010, title referring to flamenco guitar), where, with guitarists José Luis Rodríguez and Marta Robles, Juan Carlos Lerida localized flamenco guitar in the middle of his questioning. Through revisiting the standards of the Spanish guitar, body dialogues operating: the instrument exercised a centripetal force framed by the relationship between the dancer and guitarists.This search paved the way for the re-appropriation of Flemish elements generally sidelined being static on a physical level. Today it’s time for the flamenco being incorporated into the study of the trajectory of the «bailaor». Developed on a laboratory table leridiano «al cant jondo» is indeed the least moved in the last thirty years,contrary the revolutions in dance operated by artists like: Belén Maya, Israel Galván, Andrés Marín, Rocío Molína, etc. Juan Carlos Lérida, free electron but also intrinsic figure of this generation, today shows the result of an investigation carried along with the actor and playwright David Montero (whose piece Guests, directed by Belén Maya, has just been awarded by the critics of Jerez festival) and Francisco Contreras Molina cantaor, whose stage name is Niño de Elche, singer of the younger generation, which has become famous for its flamenco revisit the works of painter Francis Bacon with his piece VaconBacon.Cantar las Fuerzas (Singing Forces) (2012). Following a long process of experimentation, the three presented in Dusseldorf, within the Flamenco festival Tanzhaus, on April 17, 2014, the debut of «Al Cante». With this piece, is the backbone of flamenco which opens to the reflexivity of its construction, relief,et who questions his own motivations. El cante is open to other audio jacks because finds, this time, naked of any reference and expectation. It gives to be noticed, seen in his carnal manifestation. While Niño de Elche sings, Juan Carlos Lérida reacts to his movements, gestures, habitus of singer, wich made part of the gestural vocabulary understood by fans of flamenco, such as finger raised in the air in reference to Seville singer Antonio Mairena, or expressions of distortion mouth echoing the flemish singer Agujetas. The voice of david Montero says almost naturalistically, minimalist, distanced, details that operate on the body of Niño de Elche, interpreted according to different clubs.Juan Carlos Lérida, plays, surround, observed, returns, passes the object of study. All care is performed on the traces left flamenco Cante who recites the vector, the route, the cantaor finally. To image of Federico García Lorca, and his verses addressed to the moon, flamenco cantaor seen by leridiano universe is transported into space. Juan Carlos Lérida wearing a suit cosmonaut in a moment of the piece, made us in watermarks this question: would Happen if the last surviving Cantaores was sent to the moon to preserve knowledge of flamenco? Under this scheme, first funny, the skeleton of a piece as both poetic review is drawn.Mocking the close relationship of Flamenco with the archival dimension, abit speech rating, to complain about what is still flamenco and what is not. That Flamenco or amateur who has not heard these famous tiptoe: «when does the «solea» not know what … «; «Now that’s flamenco …», «it is not» … etc.. The space between flamenco and dogma is indeed sometimes narrow, but seeks to open.Juan Carlos Lleida search continues the dismantling of a genre that is  diffracted and deployed in multiple ways. The reflections are then projected tracks to rethink the set, so called immutable, it seems important not judgment, but putting the relief of the gear mechanisms play in the writing of art history.

Reduced to the essentials

Dusseldorf. The moon. Hardly a romantic metaphor is more commonly used. Also in flamenco. So you can also make it to the stage. This

thought in any case Juan Carlos Lerida, the great avant-gardist among Flamenco dancers. As a rather unromantic artist, he debunks stereotypes, outdated ideas in a scientific reality. How the moon. At the Dusseldorf Flamenco Festival he showed the world premiere of his new piece «Al Cante» in which he examines singing and singers from within and without. Ten days Flamenco fans came from all over Germany and Europe for courses and performances in dance house NRW. Because once again taught famous dancers in person. Lerida also would be a great dancer outside of flamenco. He discoveres slowness as part of his movement intensity, uses small gestures in order to achieve their own way for very poetic effect. A dancer who is able to phrase his movements without music as a good singer. Traditional Flamenco is just an additional possibility of expression for Lerida, but one with a very strong force. He likes to split it into its components, such as when rhythms are beaten only by hand. Silence at the beginning. Yet the movements are not more than a mimetic imitation of singing, they will quickly become an emotional interpretation, a visible representation of the intensity, which reflects the movements of the singer, and he finally pretends by counting the rhythm. . A convincing concept for an increase with a surprising result: The singer himself became a dancer. Nino de Elche sets past all the prescribed flamenco poses. He does not loose emotions, but gaining of expression. Not in the background, but as a partner on the same level. Antonio Mairena was seen as silent projection in the background. The famous conservative keepers of flamenco, who was opposed to any renewal of flamenco. What a contrast, and how much gain Lerida and de Elche from today’s perspective the comparison.

(Extract) ….the show goes beyond the poetic in dance or gestures. Immerse in the narrative with a succession of scenic entrances, a bit like the clowns even if performance is more accurate.

A space for the experiment. Looking for new ways in traditional flamenco, the arists of the first edition of the festival «Flamenco in space», which feels especially obliged to contemporary and experimental forms. Dancing and singing was the focus – so consequently it has become the motto of the event.

Easy going, carefree and refreshing Juan Carlos Lerida and Francisco Contreras, «El Nino de Elche» and the actor and playwright David Montero disassemble the much celebrated moon and at the same time the formal language of flamenco. In the space suit Lerida simulates weightlessness while Contreras tests how the voice could probably sound in space. Now the moon is deprived of his romantic connotation, because  now the moon drivers have a view down to the inflated balloon-earth  and play football with it. And when it comes to the moon, of course, the TV may not be missing, as an element of percussion, stage and set piece ….. In the partly improvised performance, the third approach to the singing (original title: “3° acercamiento al cante”) of the trio  after initial bewilderment («where’s the Flamenco?») it comes to an entertaining ease. Lerida, Contreras and Montero develop the piece along a rhythm that like this probably can come only from the Spanish dance – and of course there is also in this radically deconstructed flamenco show one or the other Zapateado, one or the other singing part, percussion and palmas including, supplemented by music from the band. 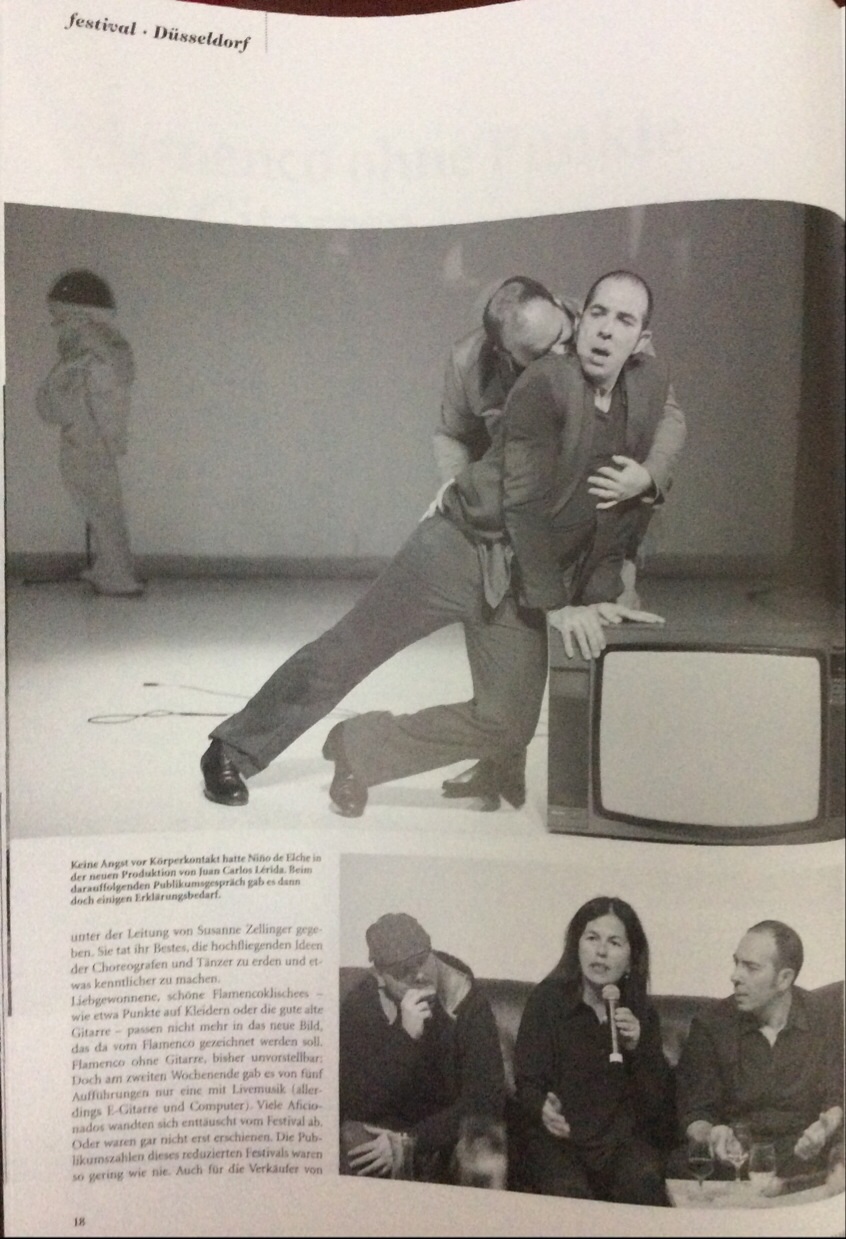