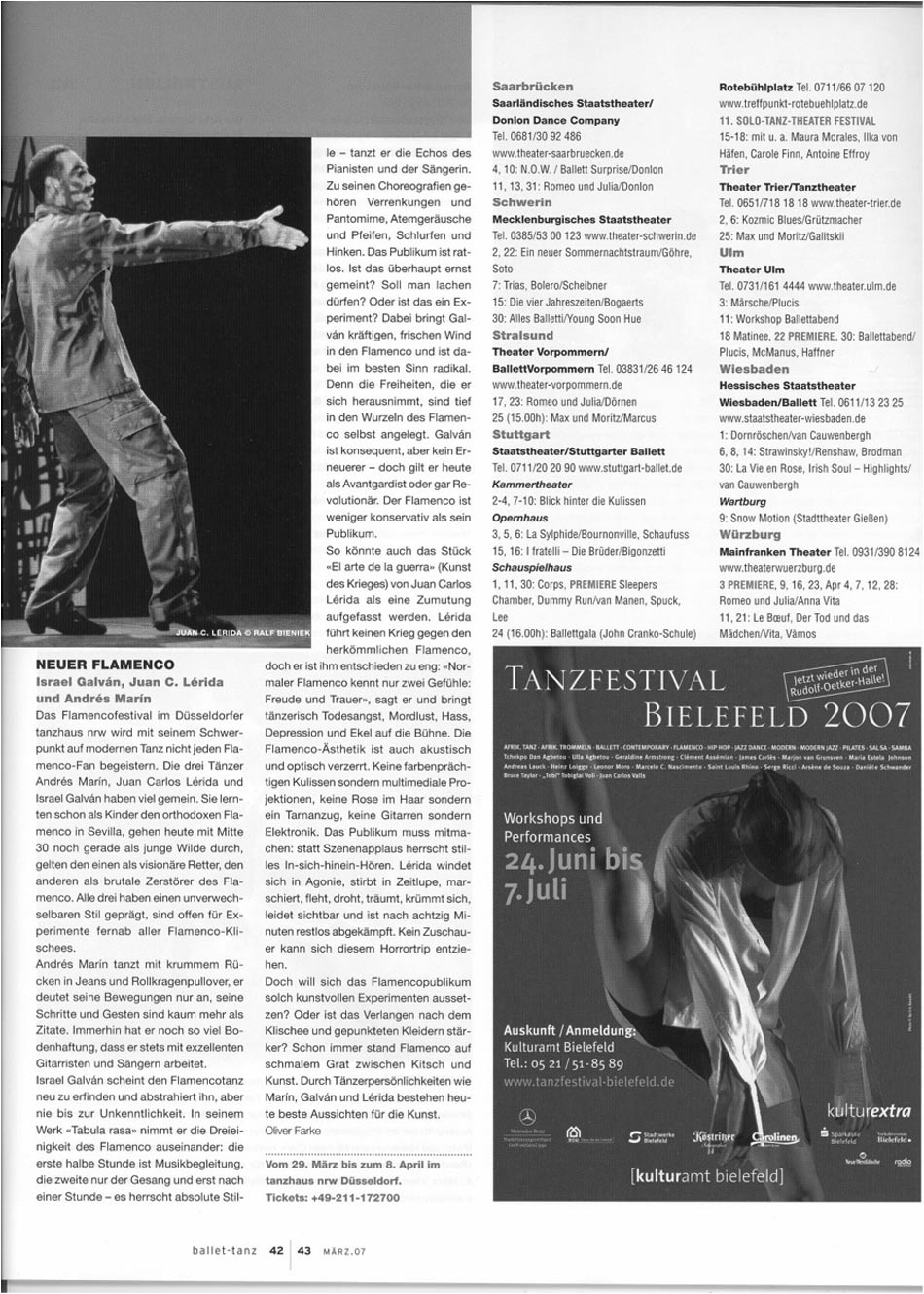 The flamenco- festival at Düsseldorf’s tanzhaus nrw won’t inspire every flamenco fan with his focus on modern dance. The three dancers Andres Marin, Juan Carlos Lérida and Israel Galvan have a lot in common. Already as children they learned the orthodox flamenco in Sevilla, today in the middle of the thirties they barely count to the young wilds. For some they are considered as the visionary saviours, for others as the brutal destroyer of flamenco. All three have formed a distinctive style. They are open for experiments far beyond of flamenco clichés.

Also the play “El Arte de la Guerra » ( Art of war) of Juan Carlos, could be understanded as an impertinence.  Lérida doesn’t  go to war against the conventional flamenco, but it is too tight for him: “normal flamenco just knows two feelings: enjoyment and mourning”, he says. With his style of dance he brings agony, lust to kill, hate, depression and disgust on the stage. The flamenco aesthetics is also acoustically and optically deformed. No gorgeous coulisse, but a multimedia-based projection, no rose in the hair, but a camouflage suit, no guitars but electronics.

The audience has to take part: instead of applause, there is silent listenening.

Lérida twines in agony, dies in slow-motion, marches, begs, threats, dreams, bends himself, suffers visibly and is after 80 minutes completely weary. No member of the audience can elude from this horror-trip.

However does the flamenco- audience want to expose himself to such an artful experiment?

Or is the desire for clichés and doted dresses stronger? Always Flamenco stood on a fine line between kitsch and art. Through dance personalities like Marin, Galvan and Lérida there exists the best chances for the art today.